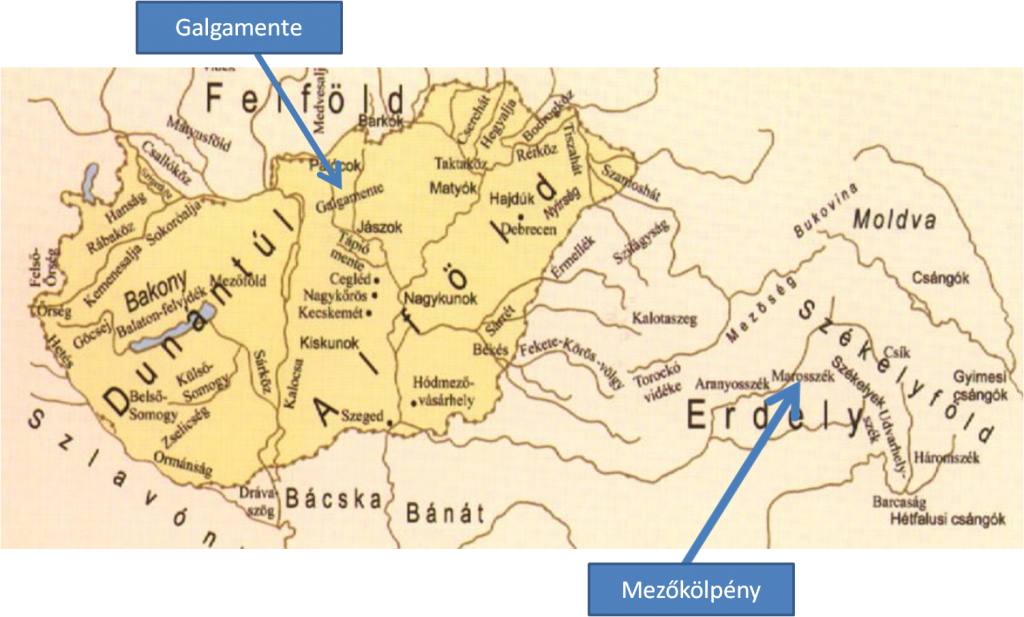 The recruitment dance (verbunk) which in former times began the dance cycle has been relegated for some decades to the dance breaks and was danced by special request.  Today, only the elder dancers know it.  It consists of heel steps and toe steps as well as cutting behind, stamping, clapping, and slapping figures.

The couples’ dances begin with a sort of progressing sequence (jártatós or lassú csárdás), consisting of a two-step walking figure and a down-accent couples’ turning figure which, however, can be augmented with stamping figures.  There follows a somewhat more lively half-breed tempo (korcsos), characterized by the leading across and turning out of the woman, but also featuring the down-accent couples’ turning and the release of the woman.  The dance cycle closes with a quick tempo Gypsy csárdás (cigánycsárdás) with the same inventory of figures as the previous, but in which the one-step motif and stamping figures dominate.

They often asked the musicians for table songs (asztali nóta) during the breaks in dancing and sang the words to the music.  The melodies were the same as those played for the jártatós, but they were played more slowly in a slightly limping, asymmetrical rhythm.  Often they blended one of the songs they were playing into the jártatós, and the couples’ dancing began again.

There is great variety as to the origin of the tunes from the older folksong layers across the early and late verbunk music to the folk-style new music.  There are many song texts linked to the jártatós tunes.  Song words are more rare for the other two couples’ dance tempos, and there are none for verbunk tunes.  Shouting can occur in any of the dances.  We may also note that in this music there are certain breaks or interludes with harmonic patterns that enable a transition to any other tune.

Watch dances and music from Mezőkölpény here (not performed by the camp instructors).

The Galga river’s region is located in Northern Hungary, near Budapest and the Palóc region with Hungarian, Slovakian, and German population.

The dancing of this part of Pest Country has survived in one of the most beautiful among the dance forms in Hungary.  In addition to the men’s verbunk of the dance cycle, there is also a woman’s circle dance (karikázó).  The couples’ dances are slow and quick csárdás (lassú és gyors/friss csárdás).  Often they also danced a march (mars), similar to dances of the jumping dance (ugrós).

The verbunk bore up-accent.  The slow csárdás was typically down-accented, followed by the quick csárdás with strong knee action in the frequently employed dipping motif (bukós).  The csárdás has a strong dynamic impulse, always taut.  It evokes high spirits, and this is especially true of the dipping motif.

The spirit of the dance is grounded principally in music categorized as “new style”.  The string band is supplemented by cimbalom and wind instruments whose sound, so to speak, fills out the music.  An appropriate underlying rhythm supports the dynamic impulse of each element of the dance cycle.

Watch dances and music from Galga-mente here and here (not performed by the camp instructors).